What is Accelerated Orthodontics?There is no denying that orthodontic treatment can make a great difference in not only your smile but also overall appearance. While these treatments can change your entire personality and boost your self-esteem, they may take months and years to show you the desired results. The good news is that now you have a quicker option to fix your teeth and achieve your smile goals. 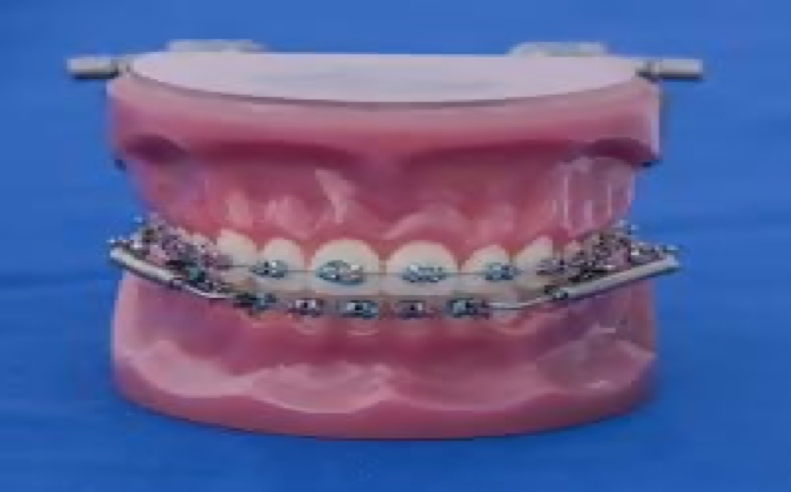 Accelerated Orthodontics, in this regard, has become one of the fastest ways to straighten crooked or misaligned teeth. It is a relatively new and advanced processes that aims at achieving the same goals as other orthodontic treatments but in a shortened period.

Accelerated orthodontics can be performed in several ways, some of them are:

This method stimulates the teeth and gums bone. As a result, it increases cytokine activities. This function makes teeth remodeling extremely faster and easier. Plus, it helps orthodontists target the specific teeth in the mouth when it requires.

Micro osteoperforation is a new technology. Propel alveocentesis recently introduced to improve cytokine activity. The treatment is followed immediately after orthodontic treatment by applying force on teeth to move them to the desired position.

AcceleDent method refers to a hands-free device that comes with an activator. Patients who have undergone any orthodontic treatment have to wear them daily for at least 20 minutes. Typically, the AcceleDent method fits around orthodontic appliance including braces and aligners. The hands-free device uses a pulsing technology that accelerates the teeth movement according to the original position of braces.

Another popular method used in accelerated orthodontics is surgical removal. The method removes the tooth tissues found between the teeth to make space for better tooth movement.

It is a unique and innovative devised used in orthodontic treatment. With its high-frequency vibrations, it complements the aligner therapy. Patients need to use this effective device for only five minutes daily to ensure that clear braces remain in their seating. The device is part of the entire orthodontics treatment to speed up the process.

All these methods of accelerated orthodontics require retainers after alignment for at least six months. It is extremely important to enable the tooth bone to strengthen and recover fast. In addition, it keeps the new position of teeth stable. Not only this, all these processes require patients to pay special attention to hygiene to promote oral health.

As mentioned earlier, accelerated orthodontics is one of the fastest ways to straighten misaligned teeth. One of the key benefits of these super-fast methods is “shorter treatment time” they take to fix the position of crooked teeth. In some cases, accelerated orthodontics causes you lesser discomfort and pain as compared to traditional braces or any other orthodontic appliances. They require fewer visits to your orthodontist that does not only save your time but money also.

According to a recent study from Orthodontic practice, an average patient spends approximately $654 on his traveling and treatment. That means if you are one with busy schedule, accelerated orthodontics is an ideal option to hasten the treatment.

The Acceledent and Alveocentesis methods are not only comfortable but also offer plenty of long-term benefits, and reduced risk of calcification is one of them. In addition to correcting structural problems, accelerated orthodontics may help improve overall oral health.

Straight teeth positively affect the health of gums and teeth that improve the ability to chew, eat, and bite.

Is Accelerated Orthodontics Effective for You?

Accelerated orthodontics is as effective as any other traditional orthodontic treatment. It is worth noting that these methods are fairly new and still require the support of some long-term studies to shed light on their working and effects. So far the procedure and results appear not only effective but also safe. 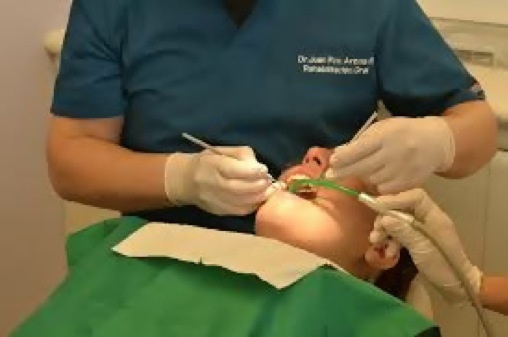 The professional team of orthodontists will help you improve your smile in a few months. The high-quality dental services offer its patient advanced accelerated treatments like AcceleDent, VPro5, and Propel to help them speed up their teeth recovery and enhance looks.

To discuss options to accomplish your smile goals, contact us today:

What is the history of orthodontics through time?

Did you know that orthodontics is one of the oldest branches of dentistry? No matter how much it sounds like a modern sub-domain of dentistry, it has existed for a long time. Even the ancient Egyptians pursued dental techniques to perfect their smiles. By using a variety of techniques and devices, the branch of dentistry developed gradually and has become one of the most sophisticated and widespread practices across the world. 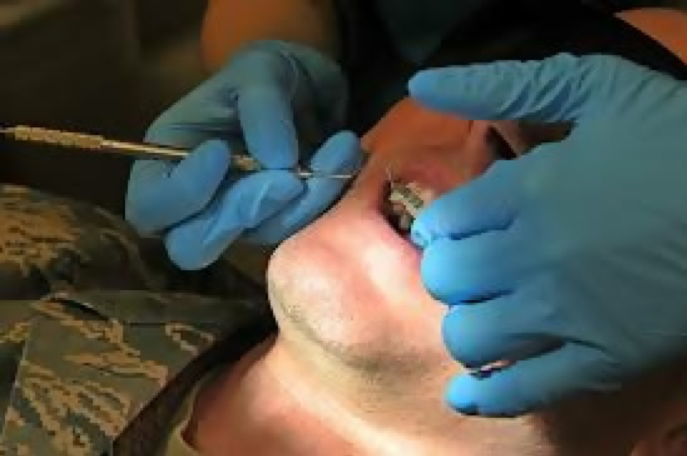 As poorly aligned jaws and teeth have also been a problem for our ability to speak and chew, it is not surprising why ancient Greeks and Egyptians started studying orthodontics thousand years ago.

This might sound bizarre that many archaeologists and explorers have found de-shaped and crooked teeth in debris, and humans remained 50,000 years ago. The American Journal of Orthodontics and Dentofacial Orthopedics have also mentioned this fact in numerous studies. Using braces to fix misaligned teeth is one of the common orthodontic treatments nowadays.

Archeologists found something similar in many mummies. The mummies wore crude and solid metal bands around their teeth. Many archeologists believed that Egyptians used catguts to tie these bands to apply pressure to correct the malpositioned teeth.

Egyptians were not the only people who used various orthodontic treatments to enhance their aesthetics. The ancient Romans, Greeks, and Etruscans practiced orthodontia for various purposes. David Evans mentioned a gold band that Etruscans used on women to correct the alignment of their teeth after their death. Ancient Greek physicians used something very similar to this gold band when treating crooked teeth. Hippocrates, one of the most popular Greek physicians, also described several teeth irregularities in his books in 400 B.C.

Celsus, a Roman writer, recommended pushing newly emerging tooth with fingers to bring it to its correct position in 400 B.C. Some other Roman people from medicine industry named Elder and Pliny advised filing teeth to size to correct position.

Orthodontics in the 17th and 18th Centuries

17th century marks the beginning of dental impression. Matthaeus Gottfried became the first person to use waxy material to take a tooth impression. Philip Pfaff, in 1756, took a dental impression using the plaster of Paris. Similar to these, many other doctors and physicians made discoveries and experimented different orthodontic treatments to stall the progress in 17 century.

The 18th century experienced a huge surge of development in orthodontics. Pierre Fauchard is a pioneer of dentistry after he invented the bandeau (a dental appliance). The horse-shaped tool comprised of metal with spaced holes to fit around the tooth. The bandeau proved useful to correct tooth alignment. Fauchard also used some forceps specially designed to operate. He named this step of forceps “Pelican”. It could forcibly realign teeth.

Orthodontics in the 19th Century

Dentists and physicians from the United States made some significant contributions to the field of orthodontics in the 19th century. J.S Gunnella, in 1922, invented a unique occipital anchorage, which is a modernized form of metal headgear. The device proved helpful as it gently exerted pressure on the teeth when fastening to the jaws.

Later, Chapin A Harris published a classic and informative book called “The Dental Art” on orthodontics. The book outlines some of the important practices in dentistry, including dental bites and soldering knobs. Charles Goodyear invented a functional vulcanized rubber that soon became a potential device in orthodontic treatments.

Development in Orthodontics in the 20th Century

The history of orthodontics is not complete without mentioning the contributions of Edward Hartley Angle. He is the pioneer of modern Orthodontics. Many of his achievements are part of the Journal of Advanced Oral Research. Edward identified and highlighted the properties of main orthodontic issues, including teeth misalignment and malocclusion. Apart from just identifying, Edward tried his best to address these dental problems by using some effective orthodontic appliances.

Some More Advances in Orthodontics

Early in the 1970s, orthodontists started anchoring brackets to misaligned teeth. Initially, they started with winding wires around the teeth. Later on, several dental adhesives were invented that could easily stick braces to the teeth.

With all technological advancements, orthodontics has become a separate domain in dentistry, especially in the last two decades. From digital X-rays to 3D dental imaging, the technology has taken orthodontic treatment to the next level. With the help of digital devices, orthodontists now can have more detailed and insightful look at tooth structure. 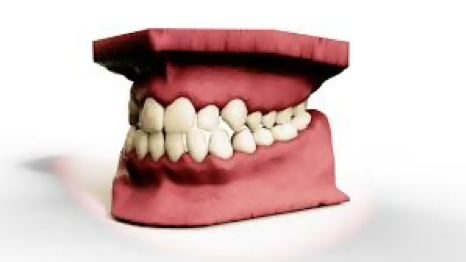 However, remember that the success of your orthodontic treatment depends on the dental services you choose. Manhattan Family Orthodontics, for example, is one of the best dental care services. The competent orthodontists use advanced technologies such as digital imaging, robotic wire, and digital scanners to make orthodontic treatments less painful and comfortable. The dental services offer high-quality metal, ceramic, and lingual braces. If you do not want something less conspicuous, you can opt for Invisalign.

You can find out more about our state-of-the-art orthodontic treatment options by calling us at (646) 760-8028  or visiting our website manhattanfamilyorthodontics.com.